The history of Tirindrish House 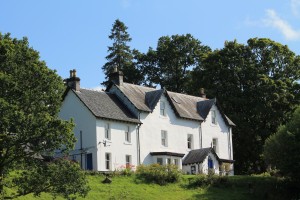 Tirindrish or Tir-nar-dris as this house has also been called is from the Gaelic meaning ‘house of the briars’.

Local history books mention its existence in 1610 and it is believed that there has been a dwelling on this elevated site dating back to Druid times.

In 1745 it was the home of MacDonell, the laird of Tirindrish, who launched the first skirmish of the Jacobite Rebellion on August 16th of that year. With help from the MacDonells of Keppoch he ambushed a party of Government troops who were marching to Fort William to strengthen the garrison following the landing of Prince Charlie in Scotland.

The area was then densely wooded and although the party was only twelve men strong including a piper, they tricked the soldiers into believing they were facing a much larger party and were surrounded….the soldiers surrendered.

After the battle of Culloden, government troops returned to Tirindrish and burned the house, destroying much of it. The family fled into the countryside, burying, it is said, the family valuables and silver in the grounds of the house.

MacDonell was captured and found guilty of taking part in the up-rising. He was sentenced to death at Carlisle Castle on October 18th 1746 and hanged. It is said his head was left on a spike outside the castle for many months to remind those who may rise against the Government again, what would lie in wait.

The house was very soon rebuilt and the ‘old’ part of this building is much as it was with its thick stone walls which remained after the fire.

Since then the house has seen much. It garrisoned Home Guard soldiers during World War II and there is still an old iron shooting target in the grounds. 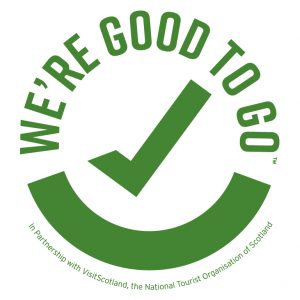 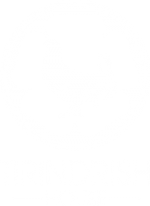